A diocesan priest ordinarily serves the church within a well-defined area (a diocese). He serves the people as a parish priest, but may also be involved in other forms of ministry: teaching, chaplain in hospitals, prisons, campus ministry, etc.

A religious priest, on the other hand, is a member of a community which goes beyond the geographical limits of any diocese. A religious priest seeks to live a vowed life within a community of men for mutual support and accomplishment of some work. There is an emphasis in the community on shared ideals, prayer and commitment to Christ. Religious priests work in a wide variety of ministries.

Although diocesan priests make no vows like a religious priest, at ordination they freely make promises of celibacy and obedience to their bishop. A vocation is “a calling.” Each individual has a vocation in life. Although each vocation is different, they are all an invitation by God to follow Him. He initiates this invitation, it is not from the world or ourselves.

Following God is not about a one-time experience. It is about developing a relationship with Christ over time. In the Gospels, Peter and Andrew, James and John left their nets and immediately followed Christ. While that is true, we must not forget that they had spent three years with Him. Even after spending that much time with Jesus, they still largely did not understand. The same is true for us today. God’s will becomes known to us over a period of time.

Keep in mind that it is important to learn to desire what God desires for you. Remaining true to this desire opens your heart to receive what God wants for you. Then, God himself will take care of you.

Holy Orders is the sacrament through which the mission entrusted by Christ to his apostles continues to be exercised in the Church until the end of time: thus it is the sacrament of apostolic ministry. It includes three degrees: episcopate, presbyterate, and diaconate.

One sacrament, celebrated three times (episcopate, presbyterate, and diaconate) with successively higher sacramental effects. Every man in Holy Orders is either a deacon, priest or bishop.

Only men can be ordained in the Sacrament of Holy Orders. The reasons are set forth in Pope John Paul II’s apostolic letter Ordinatio Sacerdotalis. It concludes, “I declare that the Church has no authority whatsoever to confer priestly ordination on women and that this judgment is to be definitively held by all the Church’s faithful.”

Deacons, priests, and bishops are called by Christ, who told His apostles, Jn 15:16 “You did not choose Me, but I chose you and appointed you.” The apostles hastened after Jesus when He called, Mk 1:16, 2:13 “Follow Me.” No man on earth has a right to be ordained. Those who sense a call from God to Holy Orders humbly submit to Church authority.

The Sacrament of Holy Orders imparts a special indelible character, a mark that God can see, on the human soul. Like the Holy Eucharist itself, the character of Holy Orders ontologically transforms a man interiorly while leaving his outer appearance unchanged. That character remains on his soul for all eternity, identifying him as one of God’s ordained servants. The Blessings of Priesthood

One of the biggest fears a man experiences when he first begins discerning the priesthood is that he won’t be able to have a family of his own. While it’s true that the Roman Catholic Church only ordains unmarried men, it’s not true that you’ll be “giving up family.” That’s because men who are ordained priests receive from the Lord the profound blessing of spiritual fatherhood. We call priests “Father” for a reason. They are our shepherds and guides. They are the ones who discipline us in the ways of the Lord and teach us how to live virtuous lives. They provide us with the nourishment of the Sacraments. It isn’t abstract theology to call your parish priest “Father.” It is an appropriate title for a man who has dedicated his life for the benefit of his flock.

Freedom to Be More Fully Yourself

Any vocation is a call to love God and neighbor in the way only you ever could. God’s call is always personal and unique. Your ultimate vocation within the Church will enable you to love the people in your life in the best way. This is liberating! It’s true that any commitment will necessarily say “no” to lots of things — but only in the service of a much louder, and more beautiful “YES” to the great life of joy the Lord means to give you. Choosing the priesthood, if it’s what God has called you to, will not restrict your freedom, but rather increase it abundantly.

A Front Row Seat to Grace

Another incredible blessing of priesthood is the fact that a priest has a “front row seat” to the work of the Lord at some of the most important moments in people’s lives. In fact, the priest in a very real sense becomes a “sacrament” of the Lord’s presence among His people. He is an instrument of God’s love in the Church. Throughout each day, there are countless moments of grace that the priest has the privilege of participating in: Bringing Holy Communion to a lonely, homebound parishioner. Visiting a second grade religion class full of awesome kids. Meeting with a young man or woman who is considering entering the Church. Praying with a family at the bedside of their dying loved one. Having a random conversation with a lapsed-Catholic at the supermarket. All of these experiences are not out of the ordinary for a parish priest.

God calls a particular group of men to serve a particular local church as His priests. This is why it’s so important for priests to cultivate and nourish healthy, Christ-centered fraternity. The Lord has united them in this mission of preaching the gospel to the Diocese of Springfield, and this is a huge gift! These friendships begin, however, in the heart of the seminary. Thanks be to God, the Springfield seminarians are very close-knit already. This will serve them well in their priestly ministry, because these men will be a crucial source of support and encouragement moving forward. This fraternity doesn’t happen automatically, however. It’s hard work, but well worth it.

Public Witness for the Faith

People will often wonder: “Do strangers look at you weird when you wear a collar in public?” It may surprise you to hear that the reactions priests and seminarians receive are actually overwhelmingly positive! The collar is a symbol of the Church’s authority, and many people will immediately trust you simply because of what you are wearing. This is a tremendous privilege and responsibility. Priests are called upon for prayer and guidance in the most mundane of situations — at the barbershop, in an airport, at a local park. It’s an incredible experience of God’s providence when these moments happen! Of course, the priest cannot let it go to his head — It’s Jesus Christ the people want… not you. Consequently, priests must take care never to cause scandal!

Part of the Family

Priests get invited over for dinner quite a bit, and in the process they become “part of the family.” This is a great gift of priestly life — to be in the lives of their parishioners. Priests shouldn’t be distant spiritual figureheads that we see only on Sunday mornings! They ought to be comfortable entering into people’s everyday lives! Pope Francis has often described the Church’s role in “accompanying” the flock, namely — walking with people along their journey of faith. The priest plays a huge part in breaking down barriers, going to the margins, and being present in the daily experience of God’s people, young and old alike. He carries the very presence of the Lord!

The Joy of the Priesthood 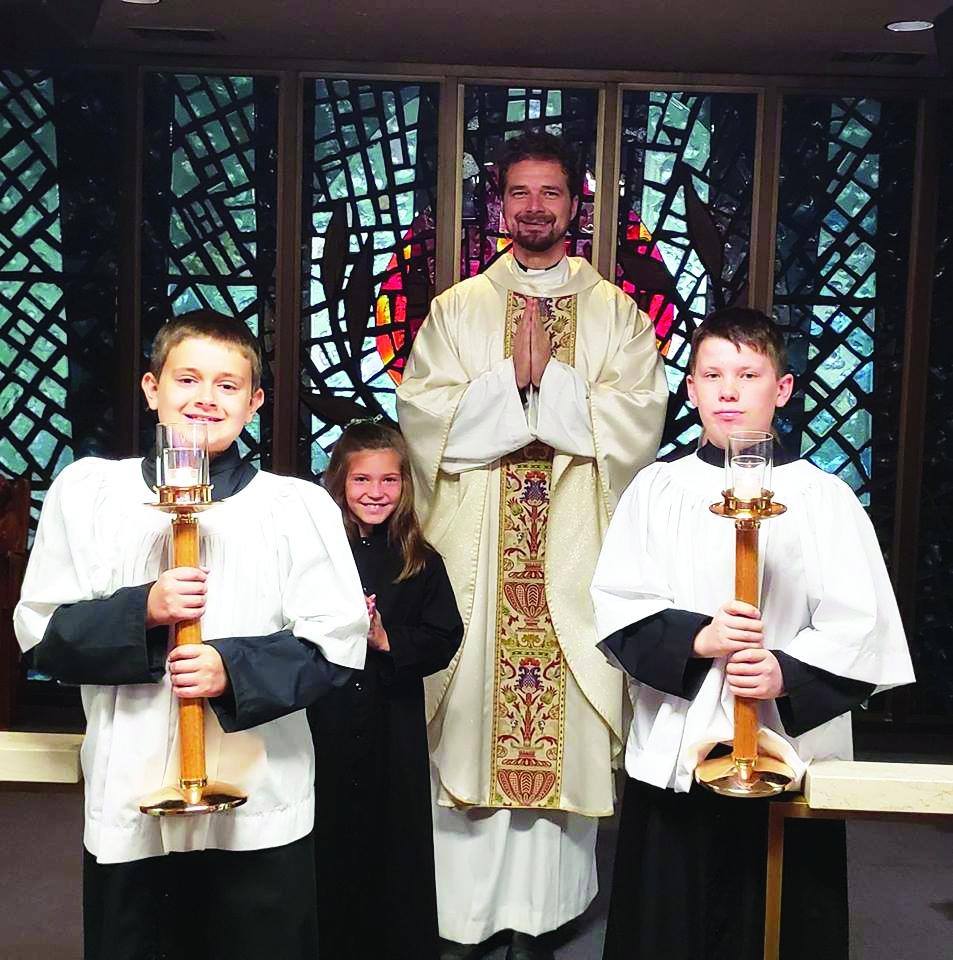 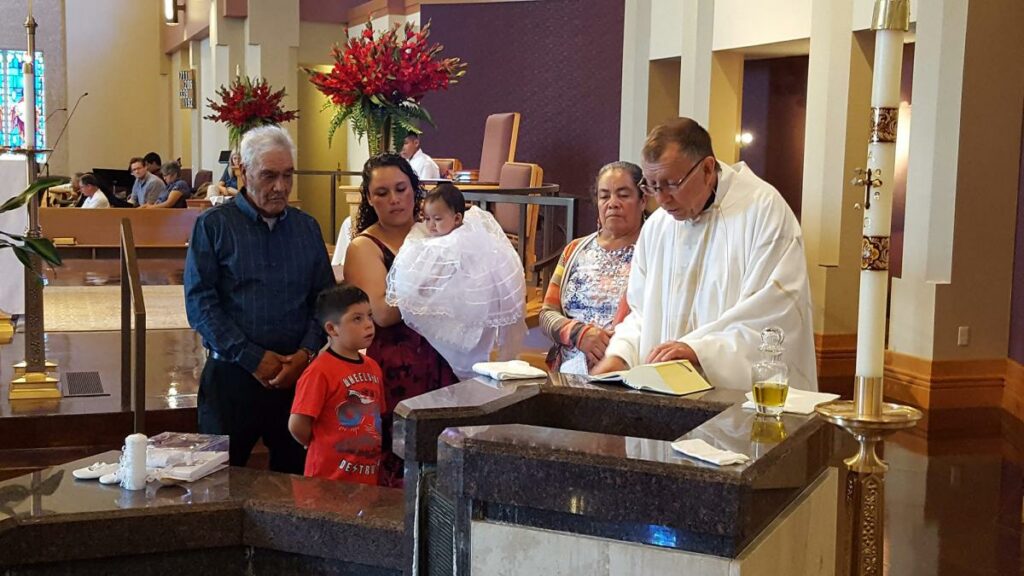 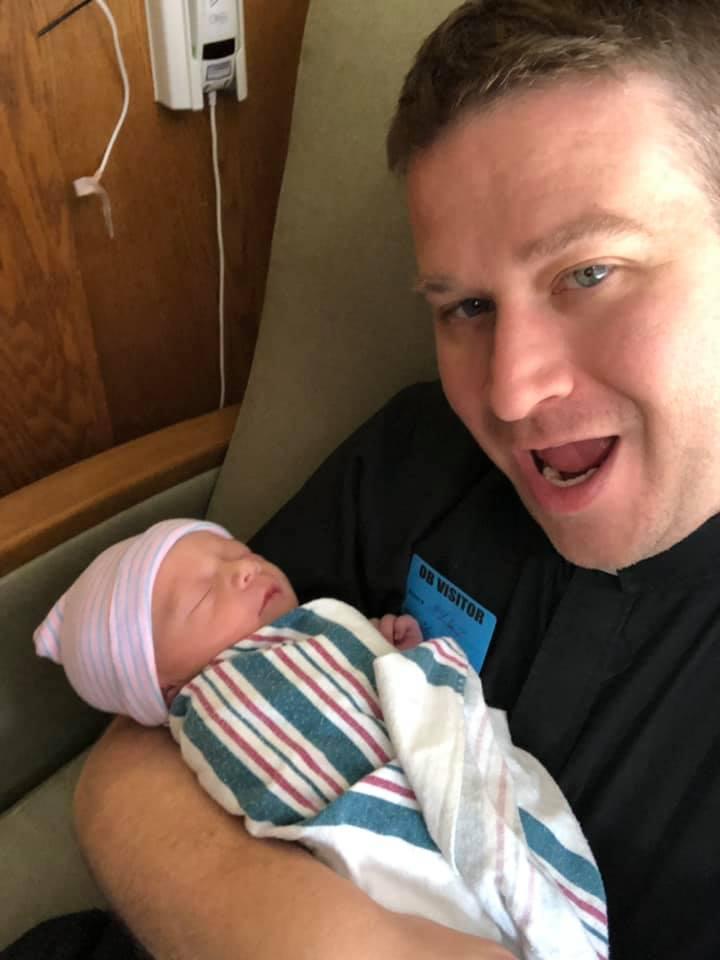 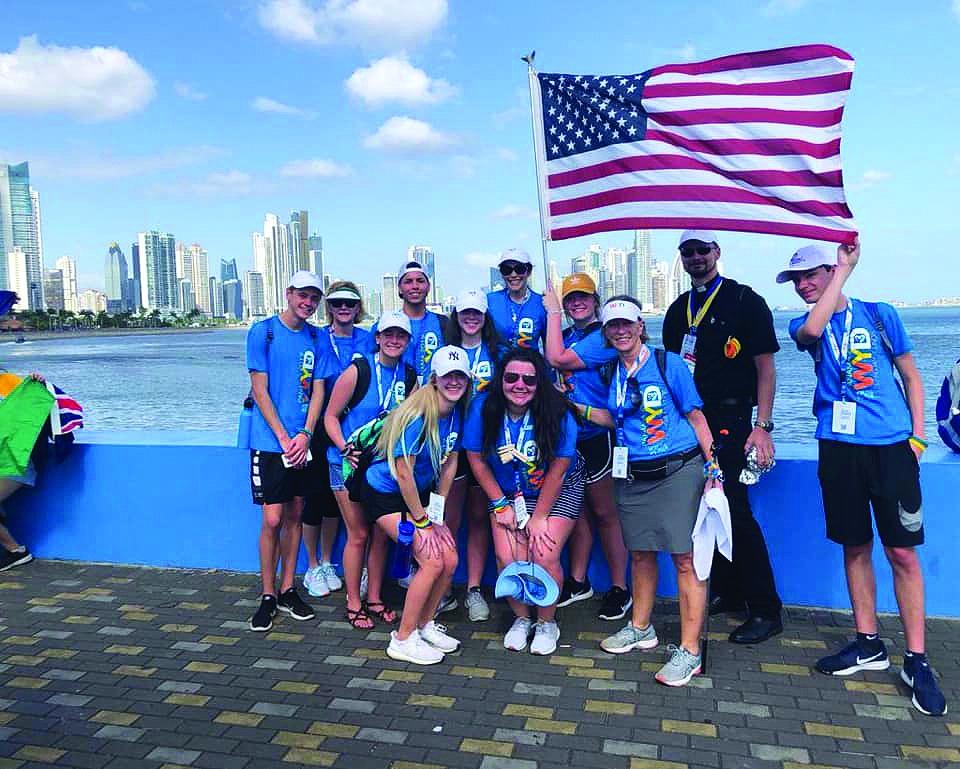 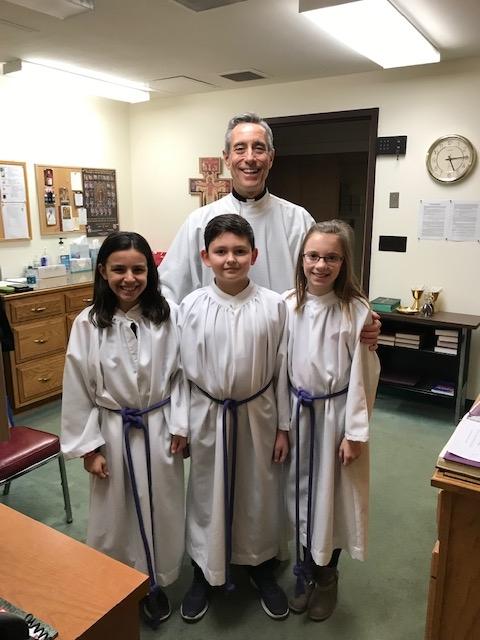 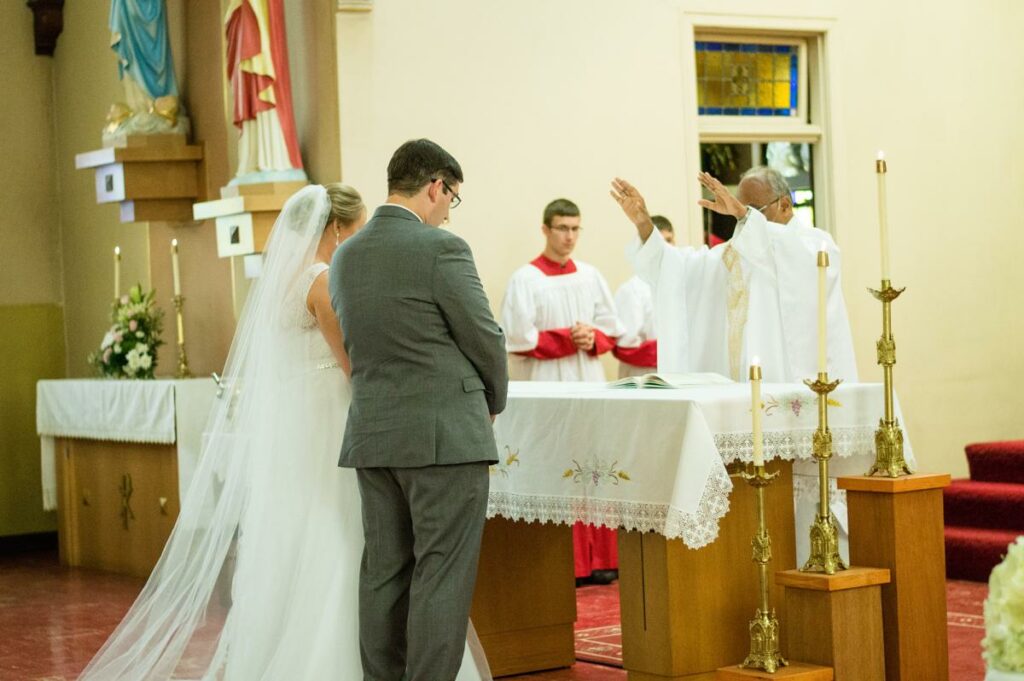 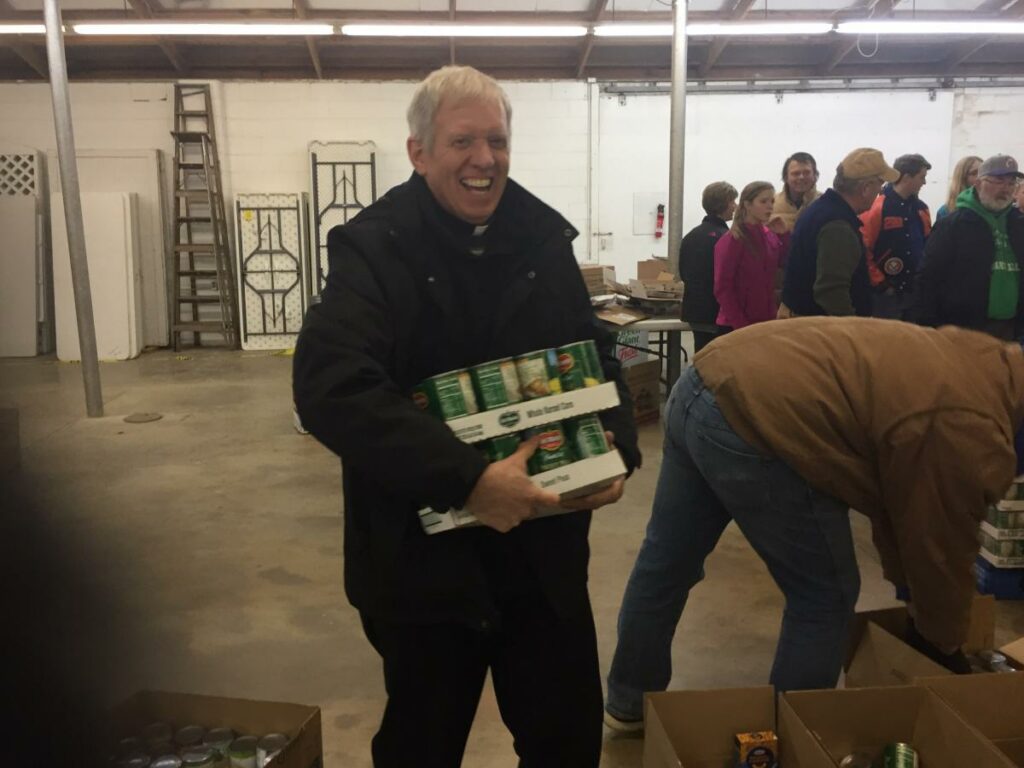 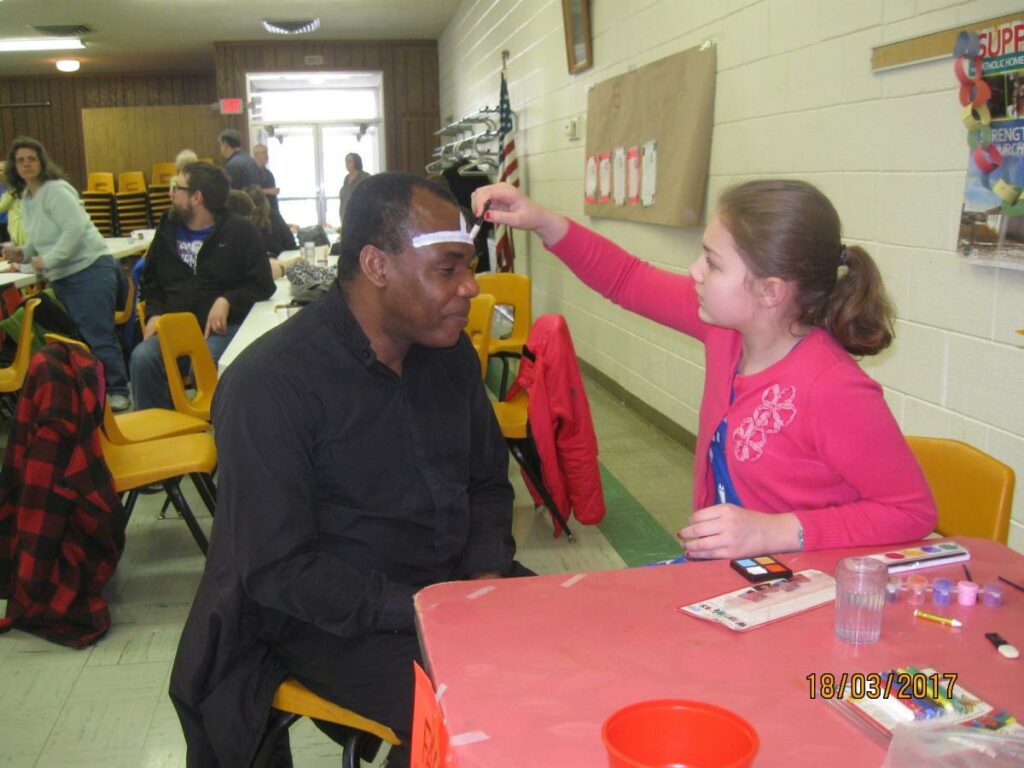 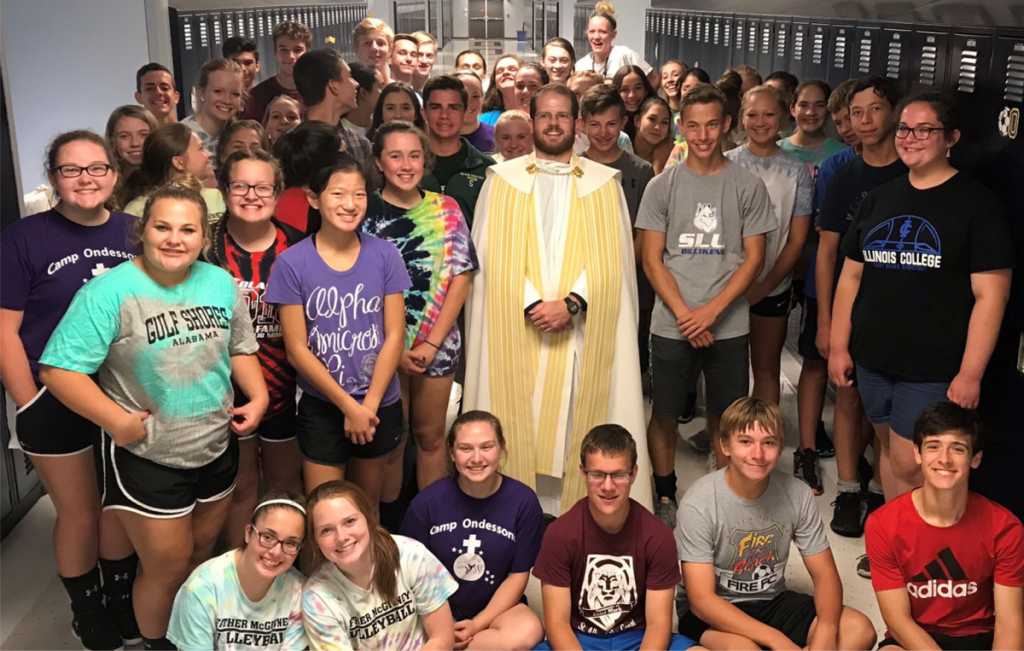 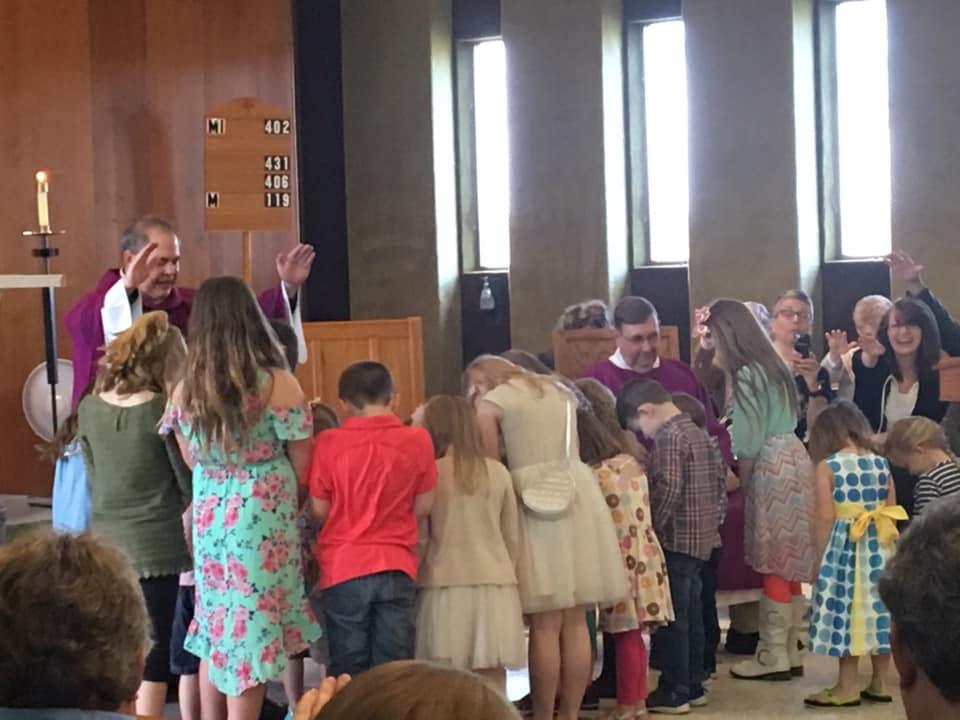 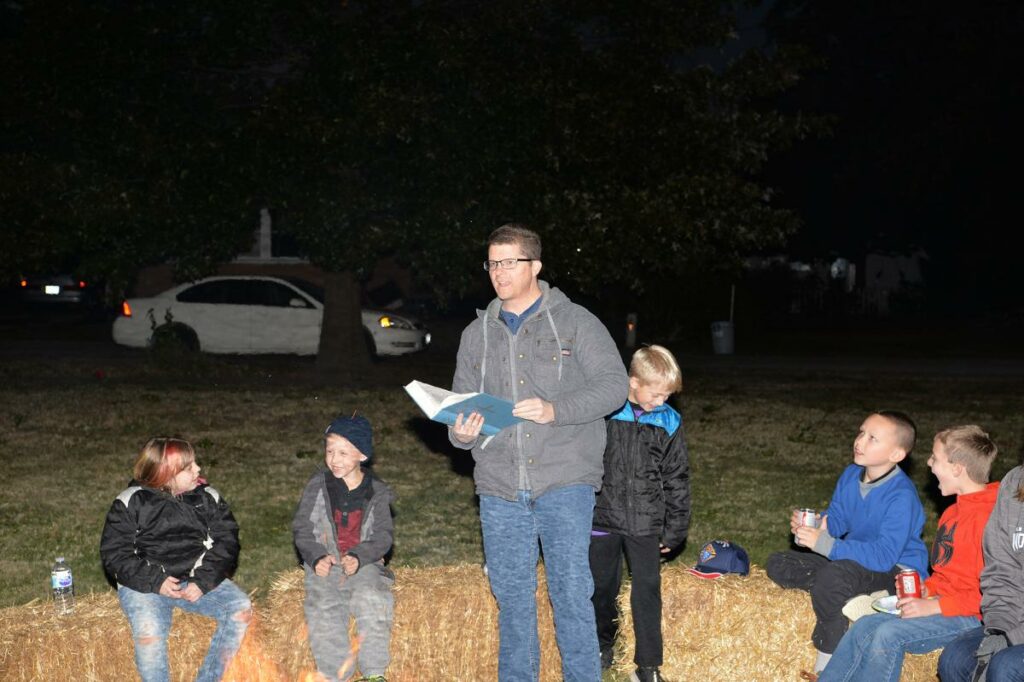 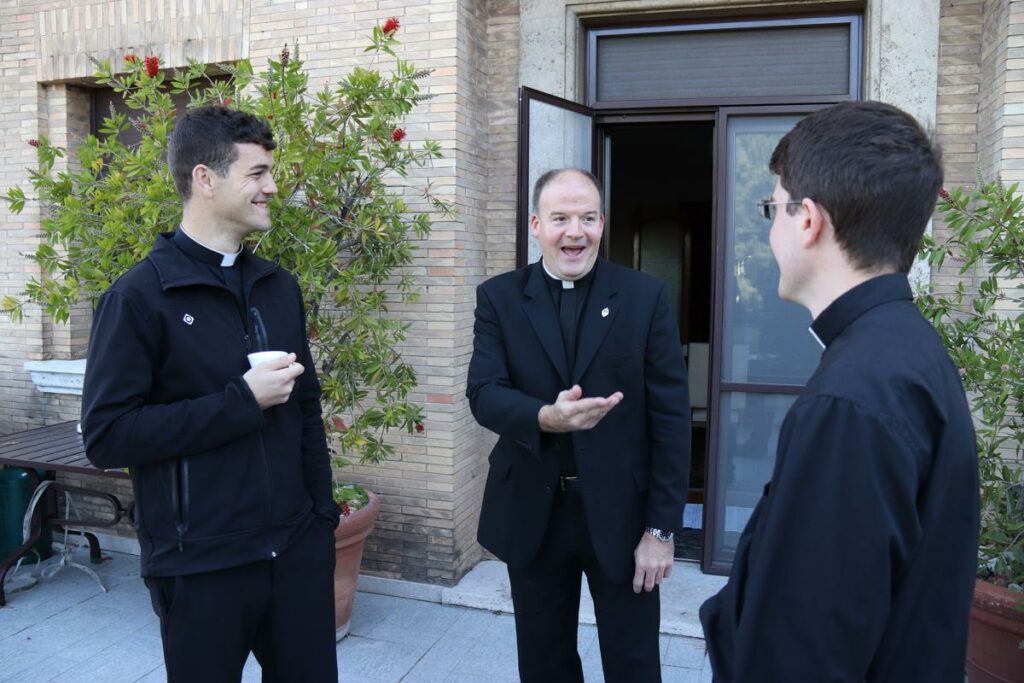 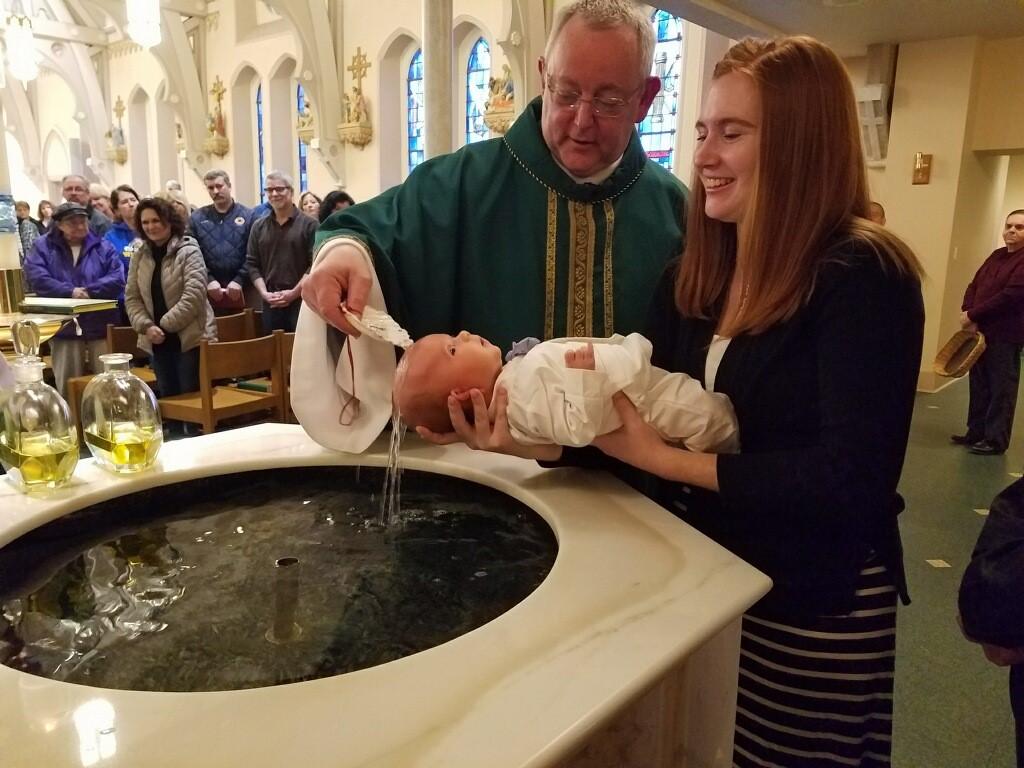 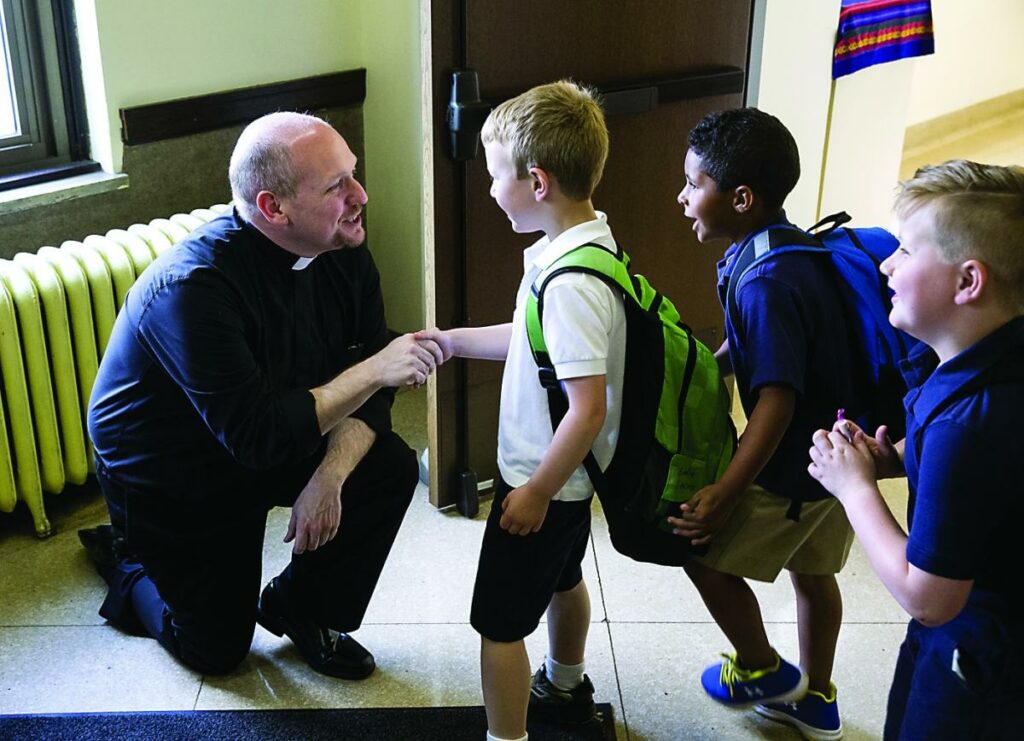 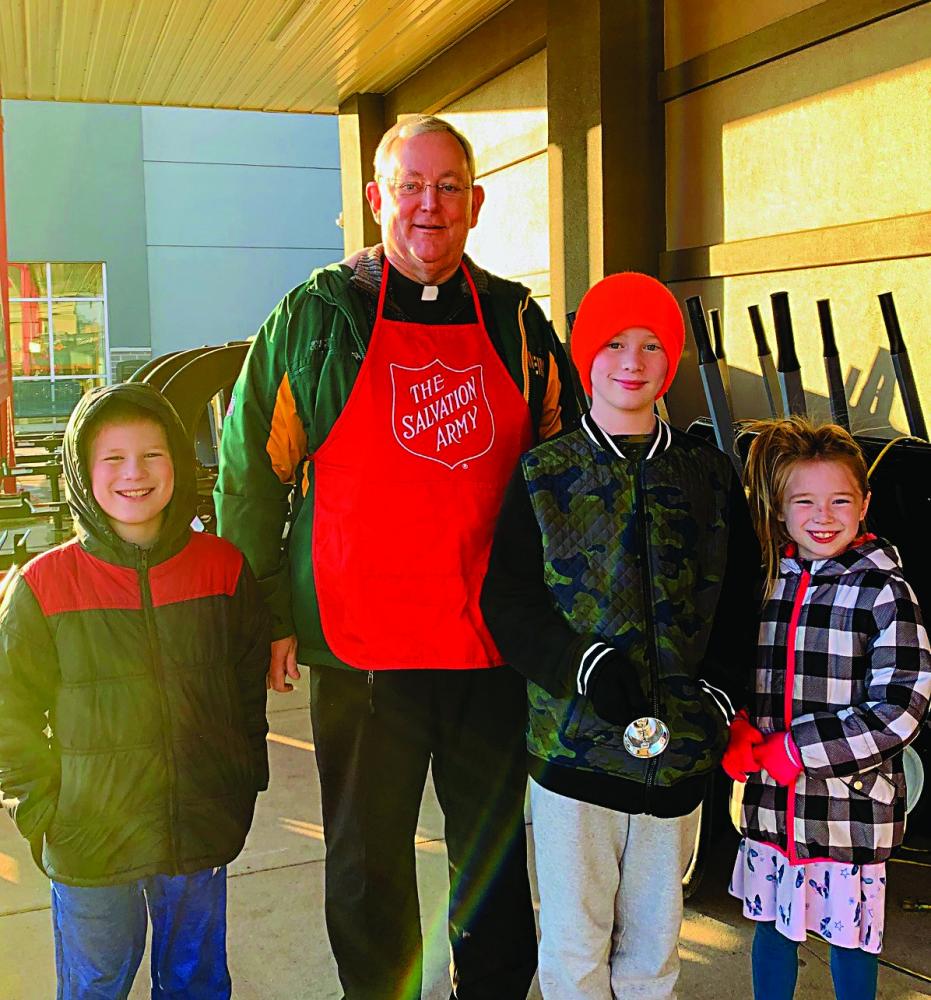 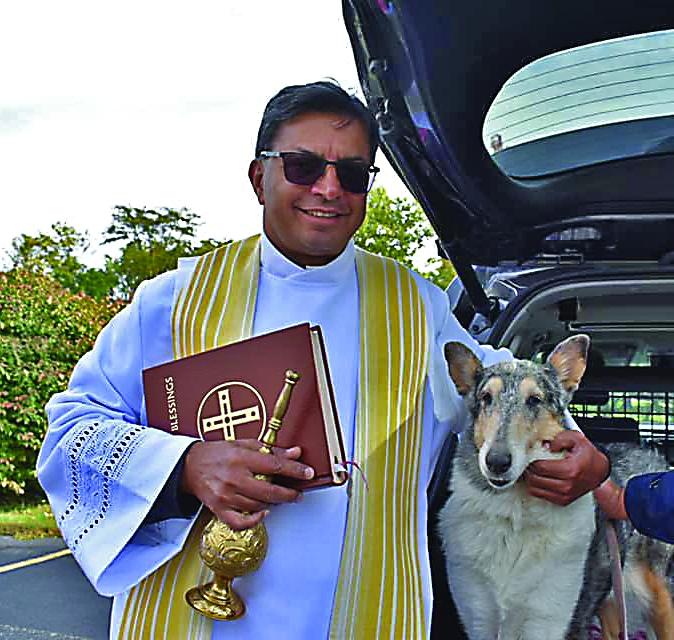 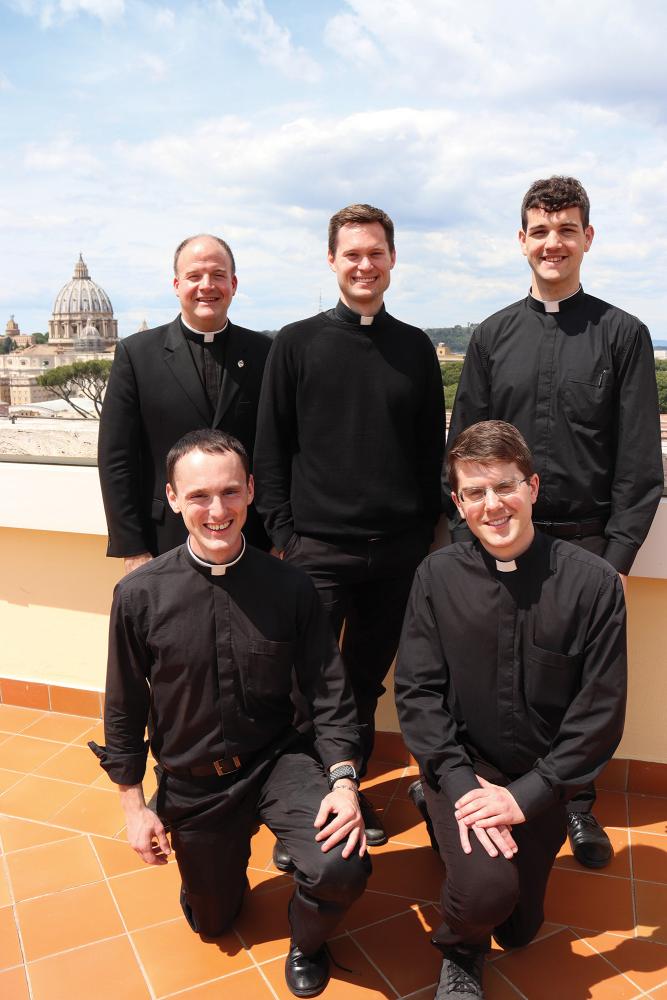 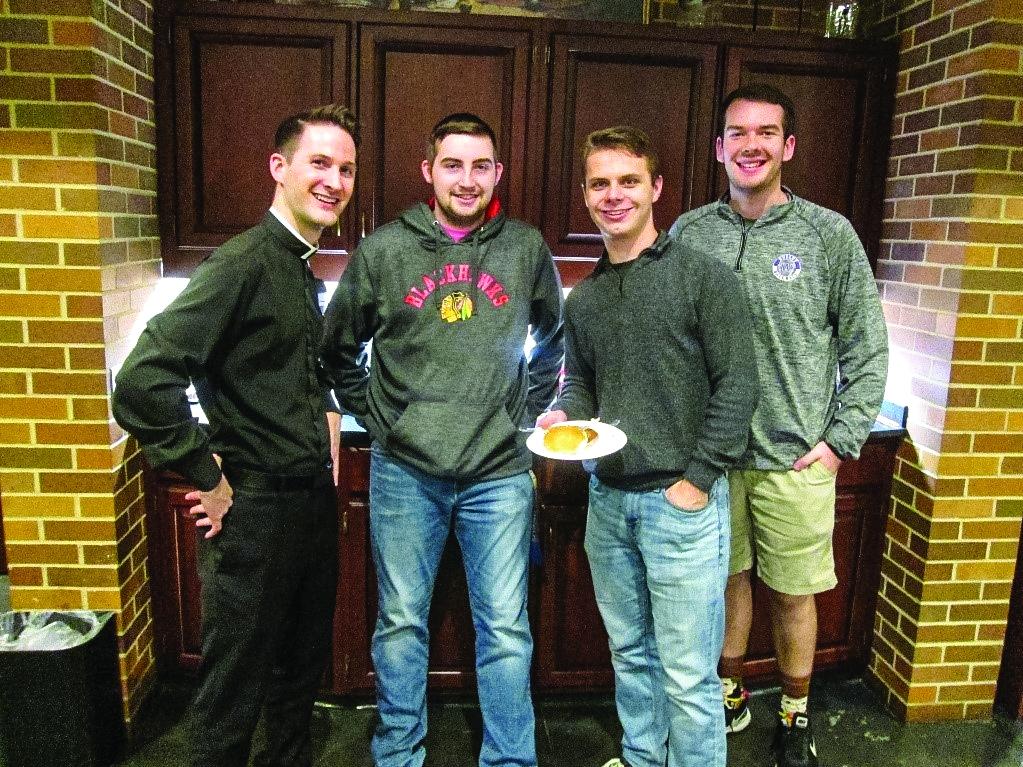 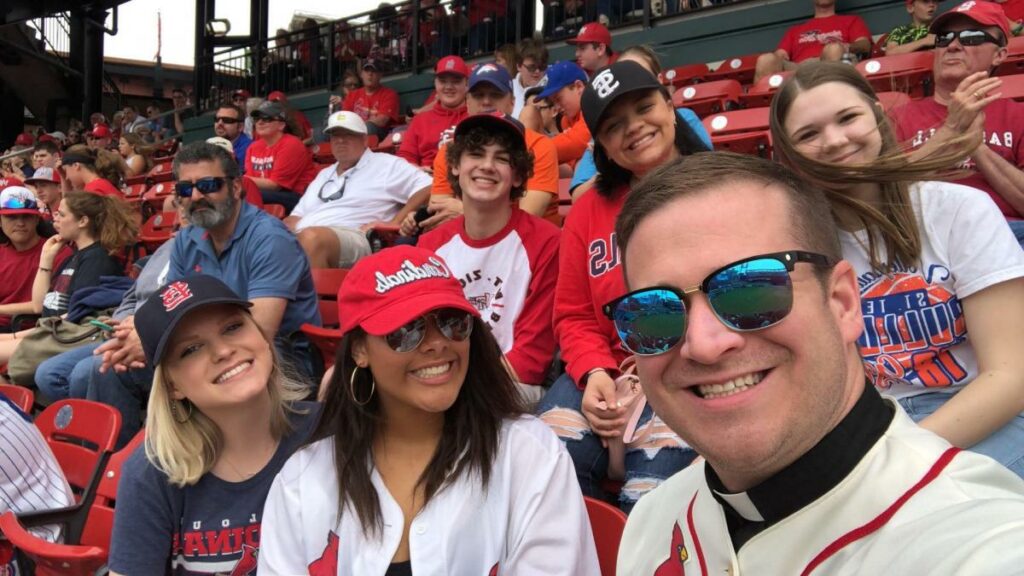 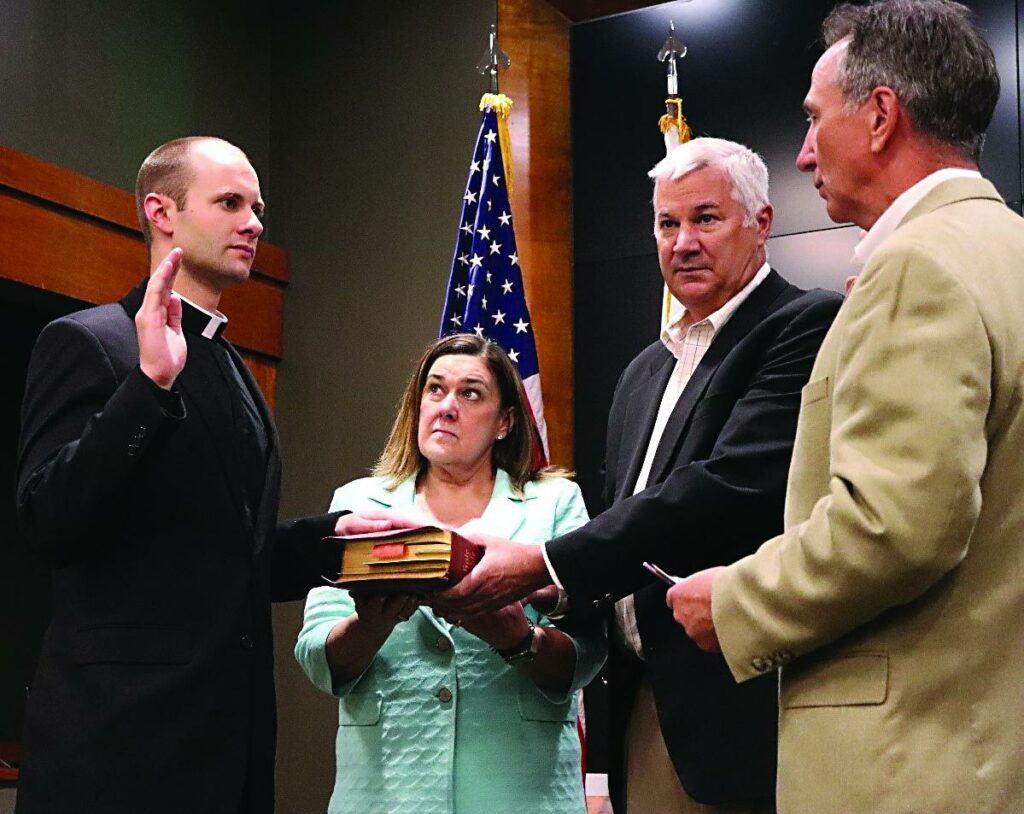 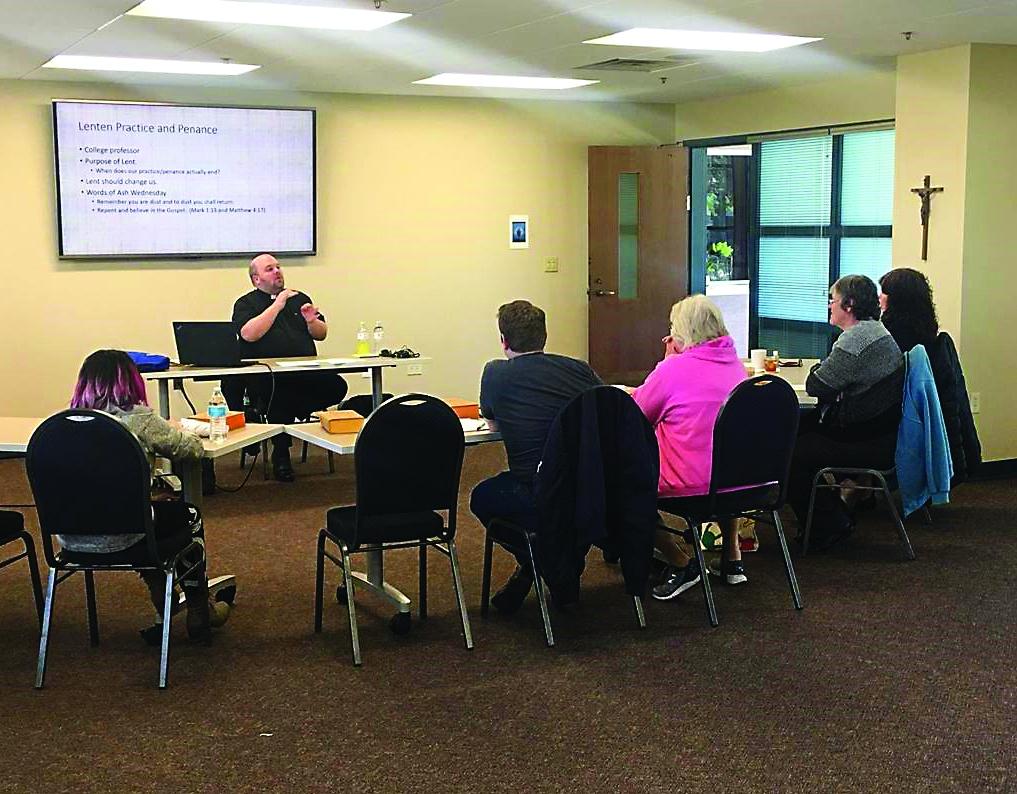 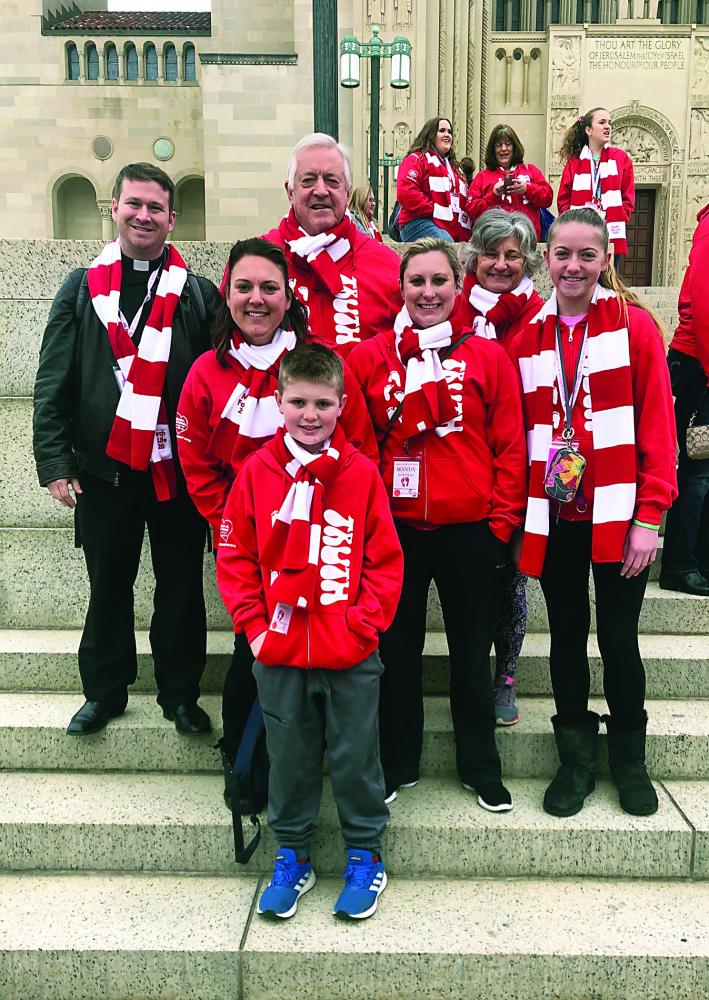 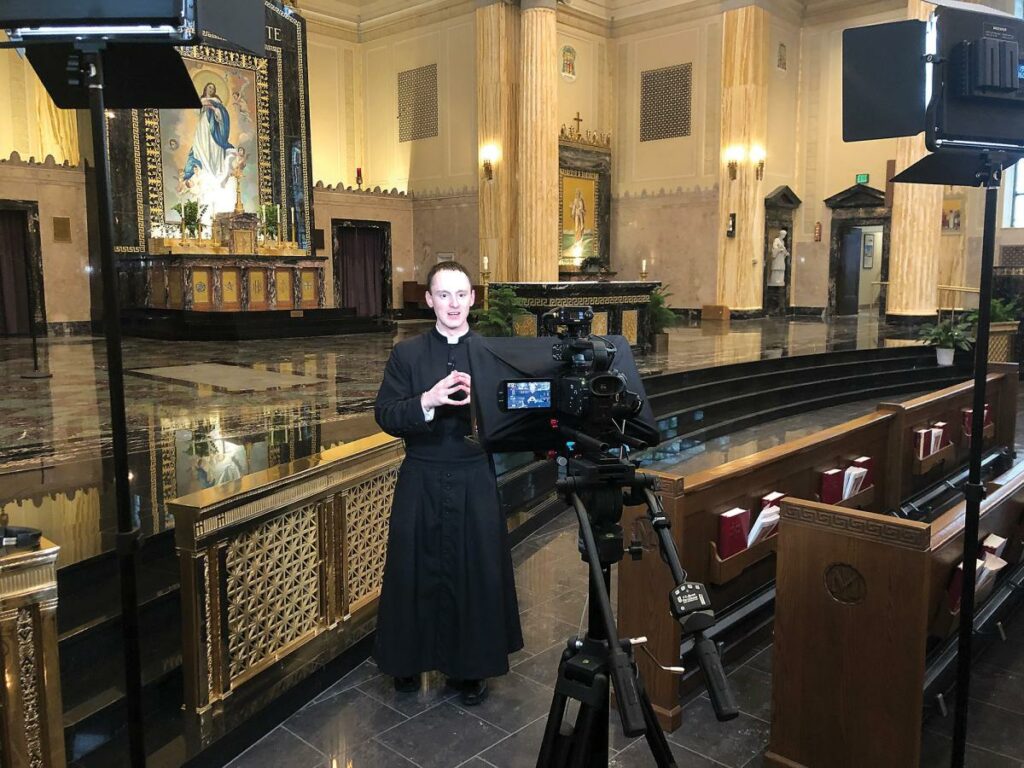 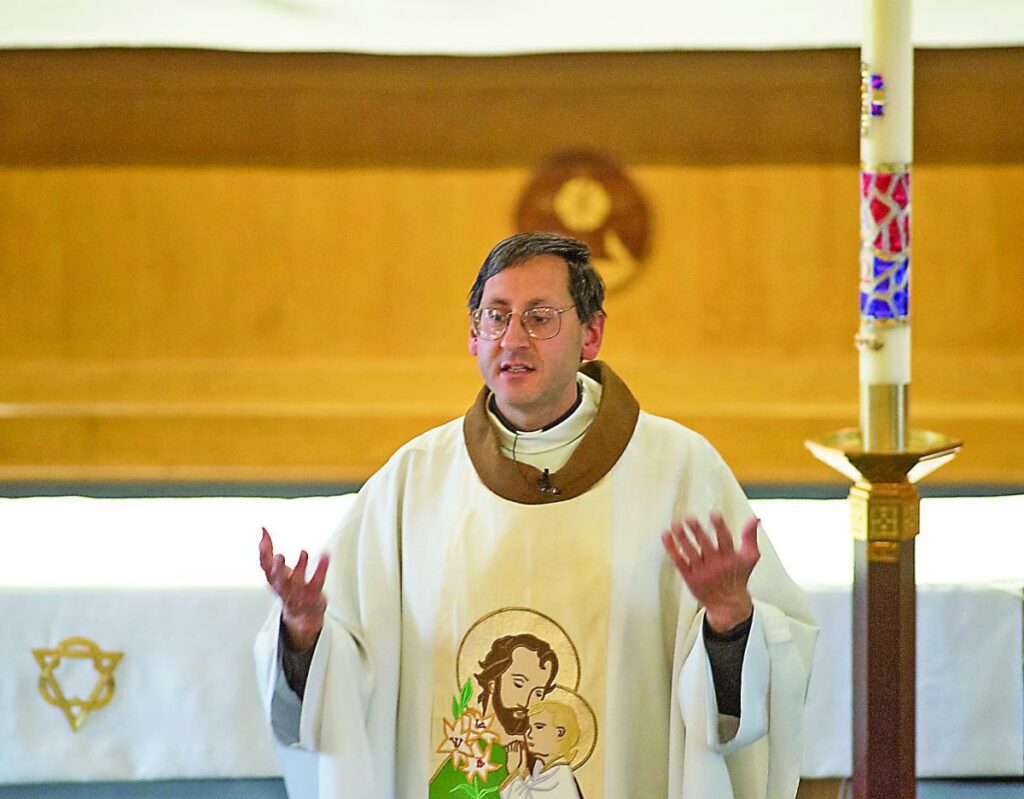 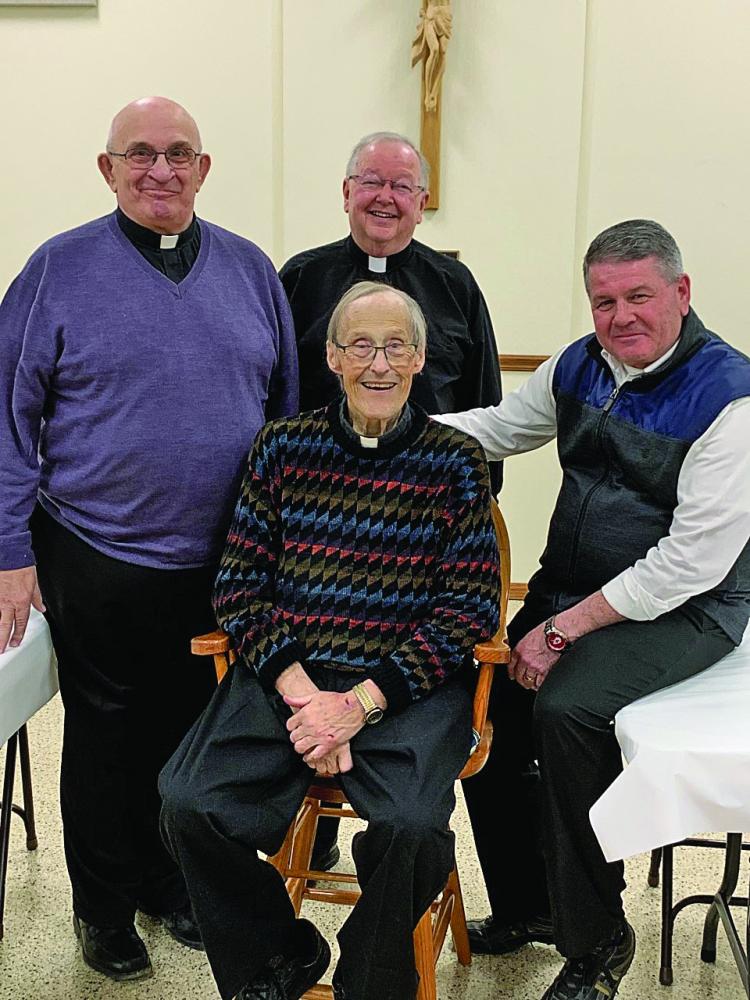